Bob Lefsetz offers us a perspective on the benefits of building on your own and touring. Where do you stand? No label is going to do all the work anymore, so does it make sense that getting signed is the goal? 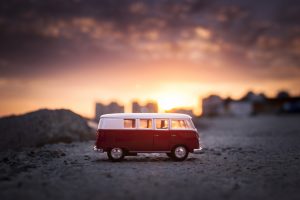 Courtesy of Bob Lefsetz, subscribe to his newsletter below:

The script has flipped, record companies no longer drive the business, they get all the press, but the question is not how many streams you have, but how many tickets you’re worth, then the industry knows if you have real fans. Better to play to the local promoter than the A&R guy. And if you don’t play live, you’ve got no chance to cement your bond with your audience. That’s where it happens, on stage. At the beginning sinews are formed at the merch table. Never underestimate face to face, give someone the time of day and they’ll support you forever.

I don’t want to denigrate Lucian Grainge and Rob Stringer and whoever really has the power at Warner, but the truth is promoters lay down much more cash, they’ve got much more at risk, the road is where you really get paid, the true majordomos are Michael Rapino and Jay Marciano, even though neither is a household name, the average person still can’t understand the touring business, they know if you get social data online you can interest a label, especially if it’s accompanied by streaming stats, but none of that means much to a promoter, a promoter is not interested in the penumbra so much as the core.

This is antithetical to everything you’ve heard, but that does not mean it’s untrue.

Forever, the label was the bank, the label built careers, the tour was the advertisement for the record. Now it’s vice versa. The label’s payments are de minimis compared to the promoter’s. And you build careers on the road, not on streaming services. Streaming is like swipes on Tinder, people are interested, but it doesn’t compare to a successful date.

Now the funny thing is streaming is dominated by hip-hop, but live a cornucopia of genres do well. And unlike in the sixties or seventies or the MTV era, we do not live in a monoculture, no act is dominant. As big as Drake is, many people have never heard his music. But they are listening to music, are they listening to yours?

In many cases they’re listening to oldies, heritage music, which the labels pooh-pooh, because there may not be a record deal anymore, there may not even be new recordings, furthermore, no one at the label was there when the original recordings were made and they’re uninterested, they’re focused on the new, they want the glory, and this doesn’t square with reality. The reality is numerous fans are married to the legacy artists, the new ones? Not so much.

And it’s not sexy to say the Eagles are selling out another building, so there’s little press on the heritage acts. They do call it the NEWSpaper! So what is really happening frequently goes undocumented. This is not politics, where the loser is forgotten, seemingly no one is forgotten in music, especially if they’ve made their bones on the road.

Playing live and garnering an audience is much more difficult than shooting a video and posting it online, much more difficult than spamming everybody to pay attention. And the road is black and white, either you can sell tickets or you can’t. People lament paying to play, but the truth is you’re paying because you have no audience and the promoter is running a business and once you do have an audience you’ll get paid, although few do.

The bar is so high these days. You can only fail in your basement, in rehearsal. Once people are paying attention, you’ve got to deliver, which is much more difficult than tweaking your product in Pro Tools. And it’s hard to fake it live, and those who do tend to have a short shelf life. You’ve got to know how to play, how to deliver. And if you do this well, you’ll eventually blow up, probably when you write a hit tune, which most acts can never do. The landscape is littered with acts that can play but can’t write, who can never concoct the single that puts them over the top. And the single comes last, if it comes first, none of the above applies, you’ve got no fanbase, you’re just flavor of the moment, if you don’t follow up the recording with something equally as good, forget it.

Now road people are lifers, from top to bottom. If you’re good, you keep your job, because experience is everything. Once again, it’s less sexy than working at a label, but you have more power. You see the promoter is making bets every single day, or every single week. This is not a record label throwing stuff at the wall, hoping a record sticks. The shows have to pay, otherwise the company goes out of business. And promoters are always interested in what youngsters have to say, because they believe they’re more in touch. Until you get to the superstar level, everything’s up for grabs, it isn’t a negotiation solely between agent, attorney and promoter. Input is key upon development.

And live there are sellers and buyers.

Sellers are agents, promoters are buyers.

You need an agent, someone who will get you gigs. It’s harder than getting a record deal and the deal is clean, the standard is 10%. And the agent won’t work unless he or she can make money. Sure, they’ll work for bupkes if they believe in you, but if you don’t pan out, if they don’t think you’re working hard enough, they’ll drop you. Meanwhile, the opposite is true too, you can fire your agent.

If you’re in the hip-hop game, labels are big players. They advance you money, get you playlisted and on radio and TV. But if you’re not a rapper, radio and TV that count are not really interested, and neither is the label, you’re better off going it alone. Used to be the label was your only choice, but the truth is those complaining about millions of streams and low payouts all have major label deals, where the lion’s share of the money goes to the company.

Meanwhile, Chance did it without a label.

So the wheel has turned. You use the internet to connect with your fans as opposed to spread the word, it’s about infecting those at the show, mobilizing them to spread the word, there are just too many messages online, yours gets lost, it is not heard, but when a real person, a friend, testifies, people pay attention.

I know, I know, this is a much rougher row to hoe than playing the label game. But it pays many more dividends. Used to be you needed a label to play, not anymore. The nineties saw the growth of the indies, since MTV played so little product. The aughts were about using the net as a tool to get noticed. But in the teens cacophony rules and you’re better off with a subscription to “Pollstar” than “Billboard.”