Getting Our Attention part 2

This post was originally published by Bob Lefsetz, republished with permission. 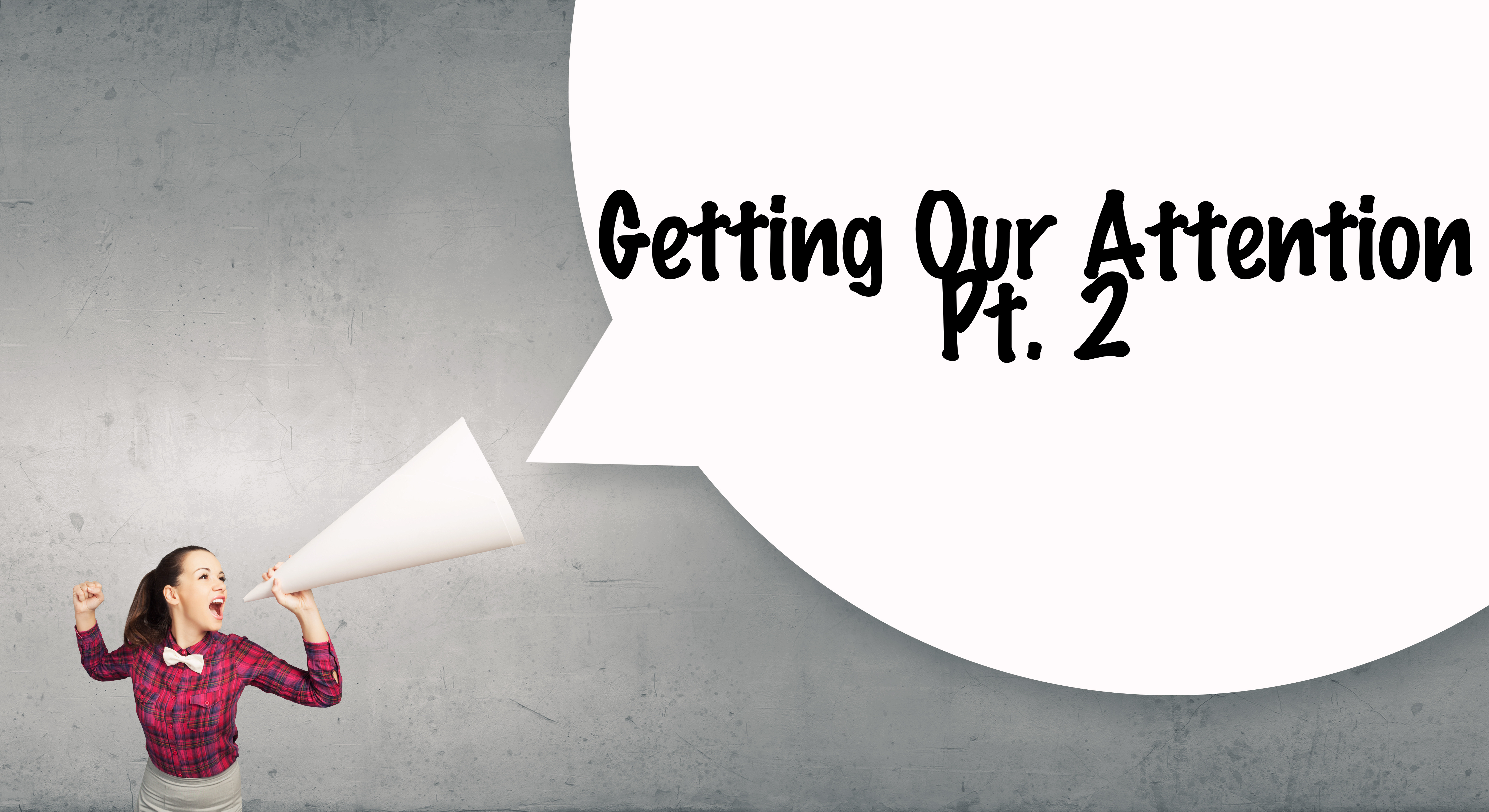 START SMALLBig time publicity is for big time acts. Not only will most major outlets not cover you, if they do, people will think you’re a hype. Better to start small and hit singles rather than home runs, better to activate a core fan base than try to reach everybody, better to take risks and fix your mistakes when fewer are paying attention. People forgive you when you’re starting out.DIFFERENCE DIFFERENTIATESYou can imitate what everybody else is doing, but chances are someone much better funded with more tools at their disposal is doing the same thing. Your best hope of getting noticed is to be unlike everybody else. Like them, but with a twist, not a complete revolutionary. There’s room for revolution, just know it’s a long hard slog and it rarely happens. Better to do it like the successes, but change it up in unexpected ways. This is where your creativity shines. Execution is important, but inspiration is key, ideas are truly everything. When the light bulb in your head goes off and you smile, then you know you’re on the right track, especially when others share your enthusiasm when you tell them your idea or expose them to your work.YOU’RE GONNA FEEL LOSTThat’s the world we live in, no one dominates and in the sea of wannabes you’re not sure whether you’re winning or losing. Oftentimes it feels like you’re standing still, treading water, despite working so hard. Keep working, but don’t move forward on sheer will and determination, letting your underlying optimism rule. When things are stagnant that’s when you must set aside time to think, to ask if the issue is your product or the marketing or whether people just haven’t been exposed to what you’re doing yet.TEN YEAR OVERNIGHT SUCCESSThe first win feels great, but it usually isn’t even close to first base. When the high wears off you’ll have to ponder new questions that you previously could not foresee. Did you expose on the right platform properly? Do you have the right team? Was your product as professional as it could be?ONE STEP AT A TIMEKeep your eye on the ultimate prize, but know that you’ll probably never get there and might end up somewhere else much more satisfying. This is the personal pivot. You think you know what you want, but you probably don’t. Success breeds opportunity, as does failure. You get into new situations and find out what you truly want to do. Don’t be afraid to give up the original dream.KEEP LEARNINGIt can be in school, through reading or just by hanging out with people, running ideas and listening, but the truth is there’s a wealth of mentorship at your fingertips. Sure, it’s important to stay in contact with your fans, especially via social media, but there must be balance, if all you’re doing is tweeting you’ll run out of things to say. One of the great thrills of life is learning and discovery. And in the process you’ll find out there are those who are helpful and those who are not, those who know what’s going on and those who do not. One pearl of wisdom from a heavyweight can pay dividends for years, whereas a week with a second-rate wannabe can end up with no result, even taking you in the wrong direction. Feed off of others’ experiences, but know that you cannot walk in their footsteps, you must tailor what you’ve learned for yourself.QUALITYYour only chance of getting traction is greatness. That’s not slickness, but usually something more intellectual, that titillates people. Good is no longer good enough, not if you want to get ahead. Feel free to woodshed, even in public, but know the rocket ship will never leave the launch pad until you deliver your 10. That’s right, 10, not 9, never mind 8. A pro knows when he delivers a 10, hits the sweet spot, bangs one over the fence. You learn this through experience, anybody can get lucky once, but to replicate your success… Pay attention to your inner tuning fork, when you’re excited about something that’s the time to push the button, to make your network aware. Beware of being the boy who cried wolf. In the internet world most people only give one look, it’s hard to get them to come back. And there’s the conundrum, you work in the wilderness trying new things worried that you’re alienating others but if a tastemaker stumbles on something substandard it could hurt you.Better to play than to hold back, best to satisfy your creative urges than to worry if others care.CHAOSThat’s the world we live in now. Some of the biggest names get less traction than indie players, there’s no worldwide ranking that shows us what’s truly important. So, everybody is foraging, looking for greatness and eager to spread the word. And everybody is overwhelmed with content. So if you’re in the content creation business…you can amp yourself up, tell yourself you’re a winner, but that is not enough. In the old days that might work after you got through the golden door, got a record deal. But today everybody can play. The field is flattened. And creativity must be in your blood, just like entrepreneurship. Not everybody can start a company, not everybody can be a star. But we do need companies and stars, and there’s a chance you could be it. A very long chance.CREATIONThey call them the “creative arts.” Don’t lose sight of this. You can go to school and learn how to market, how to write a business plan. But no one can teach you how to be inspired. Look for inspiration. Create when you’re elated, catch lightning in a bottle, it’s when you’re the least inhibited, the most free, that your soul will emanate in your work and you have the best chance of connecting with others.— Visit the archive: http://lefsetz.com/wordpress/ —http://www.twitter.com/lefsetz—If you would like to subscribe to the LefsetzLetter, http://www.lefsetz.com/lists/?p=subscribe&id=1