Marketing is difficult. In this day and age you’re competing against more voices than ever for attention. This is true for business owners, celebrities, writers and of course, musicians. This post has great advice to help you take a look at what you should be doing to market your music and where. 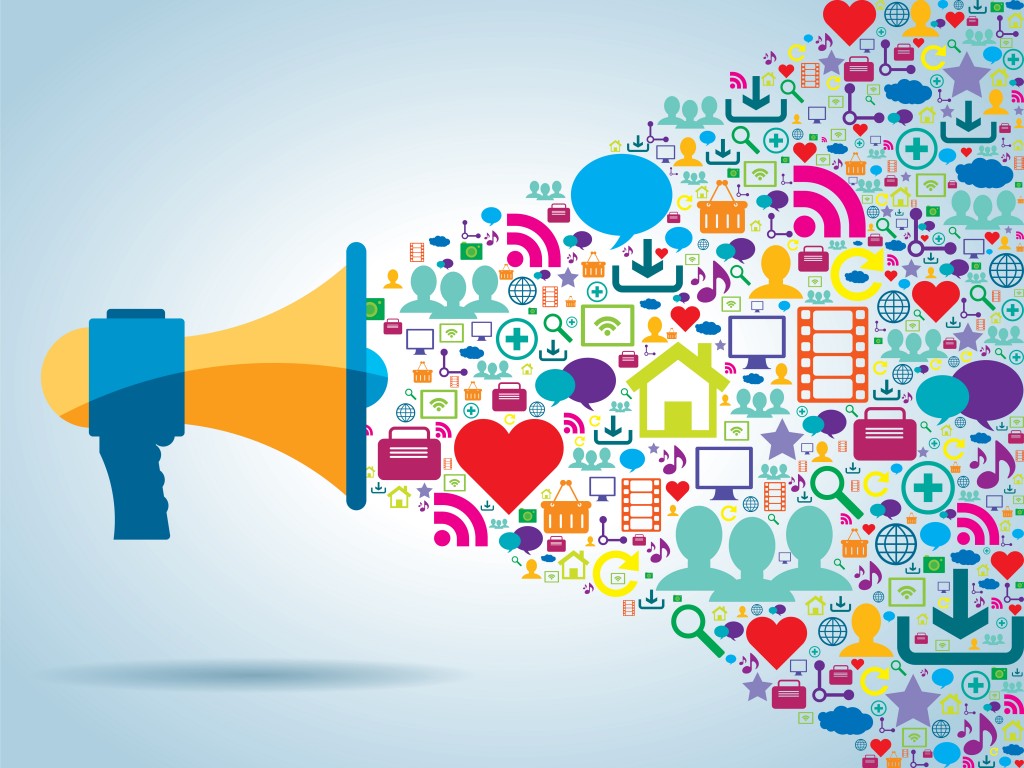 1. Take a long hard look at yourself.
What kind of music do you make? Pop or genre tunes?

If you don’t see your music fitting in with the Spotify Top 50, you probably don’t need a label, you need a COMMUNITY! A group of active talkers who live for the music, like the Americana fanatics. They’re hungry for new tunes, food that will feed them. Don’t walk into the wilderness without a community, there’s too much noise, your message will be drowned out. Communities nurture new acts, spread the word, and sustain old ones. Press also helps in communities, it’s seen as a badge of honor when you’re in the “New York Times” or on “CBS Sunday Morning,” all your believers will tweet, e-mail and Facebook about it and this will keep your career going, even if it’s not a triumphant moment. Your goal is to quit your day job, to have a sustaining career, and this is dependent upon fans.

But if you do see your music fitting in on the Spotify Top 50… Sign with a major label, you need their relationships. The playlist is everything and the major can get you placed. You’ll get a chance, but you’ll sink or swim based on the material itself. The major can just get you started. And if you gain traction on Spotify, the major can jump you to terrestrial radio, that’s how it happens these days, everything gets started on the streaming service.

In the rearview mirror. Apple Music is hampered by not having a free tier. Furthermore, its subscribers skew older, and older people take fewer chances. As for YouTube… Streams on Spotify outstrip those on the video service these days. YouTube is a good place to actually see the video, but if you’re listening, Spotify is much better.

They’re history. If you see someone making an exclusive streaming deal you know they haven’t gotten the memo. The truth is Spotify’s market share is so much bigger than its competitors that if you’re not on the Swedish service your music will be hampered and it may not ever recover. Spotify is no longer asleep, Troy Carter has made a huge difference. There are products to enhance the visibility of your project, there’s seeding on playlists, and if you make an exclusive elsewhere…you lose all this, you’re screwed, the joke is on you, you need Spotify to start and sustain you. The old metrics, first week “Billboard” chart, impressive publicity campaign, they’re a joke, a waste of money. You get the word out online and then Spotify gives you a chance and if you gain traction they push you further, they’re along for the ride. And if you don’t sign up with Spotify from the get-go, you’re left at the station, suitcase in your hand.

2. Exceptions to the above.

Country and hip-hop, the latter invades the Spotify Top 50, the former does not yet. If you make country music, you want to be with a major. But not necessarily if you’re in the hip-hop world. Hip-hop is a giant community, word is spread independently of the press, you can come from nowhere and make it without big time help in hip-hop.

Country is developing on Spotify. If you don’t see your music fitting in on the Hot Country playlist, you don’t need a major, you need a community, see above.

But all acts should check out the genre specific playlists on Spotify. Under the Browse tab. If you don’t see your music fitting in with the tracks on the most popular playlist…it’s going to be a long hard slog. Don’t expect to make much money on your recordings, because Spotify pays when people stream, i.e. actually listen. So either accept your fate, or try to make music that fits the format. Which sounds like selling out, and usually it is, but sometimes you can make music that’s so transcendent it redefines the genre. You take the building blocks and then jump off from there. Very few acts can do this, but those that do become superstars. It’s why Yes can still tour and Freddie Mercury and Queen are such icons, and why so much of the music of the past twenty five years has been forgotten, it’s me-too.

If your music fits the Spotify hit charts, voila, it’s very simple, you’re on the road to riches, assuming you make hit music. All the naysayers, they’ve got a low stream count. Sure, major label deals need to be improved, but Spotify pays out beaucoup bucks if you’ve got a hit. Anything under 10 million is bupkes, forget about making money. But if in the aggregate your music gets nine digits of streams…you’re making bank.

If you’re not making Spotify-specific music, then welcome to the road. You’ve got to slug it out, from gig to gig, increasing your audience. Your performance skills are more important than your music, and your agent is the king of your world. Where can you play, who can you open for? You’re starting at ground zero and trying to climb the ladder, it’s a long hard slog, but your fans can keep you alive, assuming you do the work. And so few do, want to do the work, that is. Everybody expects instant glory, the moon shot. And you can get a facsimile of that with the major label, but don’t expect them to act instantaneously. With so much cash on the line, the majors want a guarantee, which is why they’ll have you work with Max Martin or a cowriter. They can’t take a risk, they only get a few shots, and they’re all so EXPENSIVE! But with the major you can be famous soon, if not rich. But if you’re not on a major…you may never be famous, you may never be rich. Most of your contemporaries will drop out, reducing your competition, but you’re gonna fight to get to the middle, to be a working musician.

Can you write a hit?

Then you don’t need an album, otherwise you do.

If you’re not playing the Spotify game, make an album, you want something your fans can sink their teeth into. But if you’re going for hits, forget the album, it’s a dead construct, the audience has rejected it, the industry doesn’t know it yet, and too many vocal yellers are muddying up the marketplace. The truth is the audience on Spotify listens primarily to playlists, not of their own device, assembled of many tunes. Your goal is to get on these playlists. There are exceptions, like the Weeknd, who can get most of his album heard, but most other acts cannot. Focus on the hit single. Again and again and again. No one is interested in your album cuts until you’ve become a star. And even then, most people only stream the hits. The album is an archaic construct. And a hundred million streams of one track pays better than one million of ten.

Faster. Focus on writing and recording as opposed to touring if you’re playing the Spotify game. There’s plenty of time to tour to acolytes. Lady Gaga hasn’t had a hit in years and she still sells tickets. The old album cycle is history. And failure is not the black mark it used to be. Little Big Town put out an experimental EP that went straight to the dumper in the late spring, but they’ve got a new hit single today.

Do it for the money, not the exposure. And the dirty little secret is the public cares.

“Snap’s Spiegel told advertisers last year that an emotional line exists between their companies and people. Blurring that line leads to content people find weird. So brands, he said, shouldn’t try to humanize themselves on social media – which is what they get from tapping influencers. Instead, Snap offers video, banner and animation ads that stick out from normal content.”

Acts come and go, managers, agents and labels are forever. So when your handlers tell you to take the money…beware, ponder the negative effect on your career.

Is not saying how much you love your fans. It is giving them extras, but primarily it’s about giving them something to believe in, which is your music.

The music is the hardest part, which is why everybody focuses on everything else, it’s much easier.

Your job is to touch people’s souls, whether you make Spotify Top 50 music or small genre music. Bare your soul, innovate and people will be bonded to you.

But it’s so difficult to do.

Not everybody can make it in music, not even the talented. Under the best of circumstances there are dead ends and dashed hopes. The goal is to stay in the game long enough to succeed. You put in your hours, you get better, you step up to bat and you make your own luck.

The business wants you to make it, everybody’s rooting for you, except maybe your compatriot musicians, because when you succeed, everybody in the food chain makes money, the label, Spotify, your publisher, the promoter, the building, and, of course, the manager, agent and you. No one is holding you back but yourself. Are you ready to run the gauntlet? Then we want you!

Assuming you obey the above precepts and tickle our fancy.

Which is more difficult than ever to do.