Music as an Enhancement to Education

For the past decades, studies have been conducted to develop the effect of music on the enhancement of learning abilities. Music is a form of art. A well-rounded curriculum and a complete education system require an essential contribution of arts. Arts play important functions in boosting the creative abilities of children and adults and exploring the relationships between the realities of life and ideas that cannot be developed otherwise.

Music speaks a global language. It’s one of the broadest elements that exists in the world. For many years, researchers have tried to give many explanations of relationship between music and development of spatial reasoning abilities. By exploring the effects of music on the development of spatial reasoning may help in providing valuable instruments for better mental health and healing. 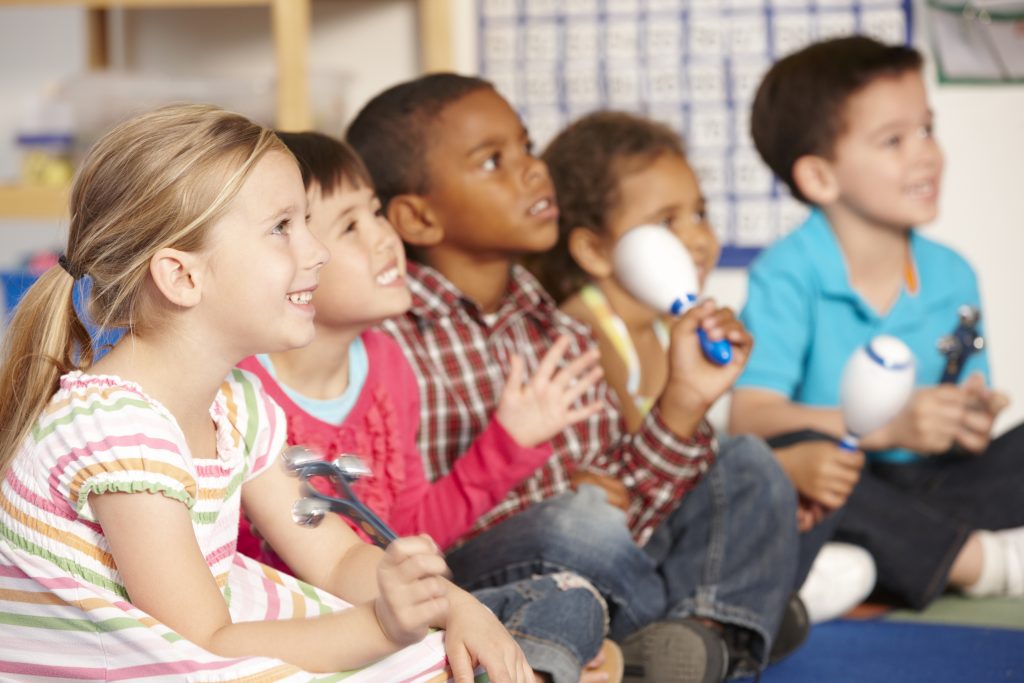 Group Of Elementary Age Schoolchildren In Music Class With Instruments

The Mozart effect in music is very popular. It created frenzy among the researchers and the media regarding how powerful the effect of music is on the spatial reasoning, learning and intelligence. Many studies have been done to study Mozart’s effect on the learning abilities of the children. Researchers have consistently found a strong positive relationship between music and the academic achievement of the children.

The results of one of the studies that examined the relationship between participation in low or high quality school programs and standardized test scores showed that students who participated in high quality programs scored better on both English and Mathematics standardized tests as compared to those who participated in low quality programs. In addition to this, it was also found that students who took exceptional music programs along with low quality instrumental programs performed much better in English and Mathematics as compared to those who had no music education. Another study conducted by SolidEssay placed an emphasis on the fact that the music participation by the students does not create any problem in achievements in other domains of education; in fact, it compliments and enhances them. The results of the study imply that participation in music directly or indirectly facilitates students in achieving higher academic goals.

It has been found by the researchers that music positively or negatively stimulates the prime cells in the brain, which are related to performing the spatial reasoning tasks. It has also been found that music stimulates spatial thinking by creating an arousal in the mind of the listener by an optimal state of arousal, which attributes towards enhancing the performance. The state of the brain arousal leads towards better brain performance and music acts as an exercise to stimulate and strengthen the brain. A study was conducted at the University of California to examine the relationship between cognition of music and the development of higher brain functions in adult college students. The participants of the study included thirty-six college students who participated in three different conditions of listening: listening of Mozart Sonata, listening to relaxation tape and then in silent condition. The Stanford Binet Scale was used to test the spatial reasoning skills of the students immediately after each listening state. The results showed that students scored significantly high after listening to the Mozart Sonata as compared to the other two conditions (CNLM).

The components of higher level of thinking and reasoning are engagement, persistence and creativity. Music helps stimulate and nurture these components to produce higher levels of reasoning. The researches have clarified that the brain development holds a powerful positive relationship with the music and music learning. It stimulates the brain to work better and harder by increasing its working capacity. It helps in performing better at the spatial reasoning tasks.

Despite these findings, the researches lack in providing the effect of different forms of music. But it has become an established fact now that the earlier one starts utilizing and taking the music training, the longer it will stay and the more benefit it will provide. Learning to play different musical instruments, read and compose musical compositions further adds to learning, memorizing and reasoning abilities of the brain. The spatial reasoning abilities increase in both males and females by listening to every kind of music but they are more stimulated by listening to cheerful and major mode of music.

Developing love for music and thinking in its terms in both right and left parts of the brain will surely help the individuals reach their potentials to the fullest.